​Chris Ward is a highly regarded and recognized businessman, lecturer, and philanthropist. An Ohio State Hall of Fame inductee, former NFL All-Pro and first round NFL draft pick he has touched the lives of millions though his evangelism and philanthropy.  He has lived his life with a focused sense of purpose and touches the lives of youth and families on a daily basis. As a high profile professional athlete he has seen and done it all. He often speaks about the “Winners Mindset”. He has survived the challenges that life has to offer and has risen out of the ashes to impact the lives of others.

REGINALD “Reggie” GRANT
Director of eSportsInstruction.com, Ex- NFL  New York, Jet, and U of Oregon Duck. He also serves on the Board for the NAAAA presenters of the premiere award in the nation to African American High School Male Scholar athletes for the past 24 years. A national Scout/ Recruiter who at any time has 100+ student athletes in colleges and universities across the nation, that he has work with. He is also an English Teacher , Speaker and Author of “A Teacher’s View. Education in America. 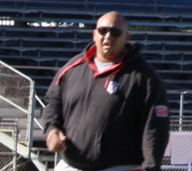 Is a member of the esteemed USC Football Alumni having played in 2 National Championships, 1 Orange Bowl and 2 Rose Bowls. As a pass rush specialist having worked with numerous student-athletes at the D-1 and Professional ranks, he also evaluates talent for Nike, ESPN and Sparq, considered to be one of the foremost authorities in football when it comes to developing top tier talent in lineman skill sets. Outside of football, he is a professional accountant, donor to multiple non-profit organizations, entrepreneur and pillar in the Los Angeles community serving on the advisory boards for eSportsInstruction.com , the National Alliance of African American Athletes (naaaa.com), and Alumni board for INROADS.org.

Founder and President of Muscles in Motion Systems and LineMenOnly.com. Coach Mims is a nationally recognized Trainer, Recruiter / Scout who has placed and worked with thousands of college and professional students athletes. Coach Mims Systems’ uses cutting-edge training techniques have helped athletic teams and individual athletes achieve superior results.  Garnett Mims is also the President of the Michigan Chapter of the National Alliance of African American Athletes.

Coach McQuay
Founder of Leon McqUAT “ HELP Me Get There” Foundation in Tampa, FL. Co Founder of “Team Tampa  one of the Nations Elite 7 on 7 programs has had 25 All-Americans play on his teams. Team Tamps is the two time ( 2013 and 2012) IMG Madden National 7 on 7 Champions. 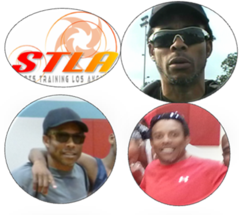 Coach Rhodes – Professional Trainer / Sports Coach
Founder Sports Training Los Angeles. For the past ten years Coach Rhodes has been a professional trainer, working on all levels from youth to professional athletes. He had developed training programs to meet the individual needs of his clients, from cancer patients to professional athletes. He has helped teams and organizations improve performance and reduce sports related injuries.  He has experience managing athletic programs, recruiting, and developing talent at all levels varsity levels. He takes great pride in developing inexperienced youth and helping to develop them as student athletes and as people.  The co-founder of Sports Training Los Angeles, he has committed his life work to helping people lead healthier lives.

Coach Ray Hardy - Founder of Chose1 Sports in Texas.
Currently involved with a sports-marketing, media & recruiting firm’s entitled: Chosen One Sports & LinemenOnly.com where we help high-school & Jr. College student athletes identify potential Secondary institutions where financial aid, grants & scholarships (including athletic & academic scholarships) may be available, in addition to helping numerous amounts of amateur, Minor-League & Collegiate players get scouted for next level competition. Coach Ray was inducted into the American Football News Hall of Fame as a Coach, Player and Administrator; was selected as Commissioner for The Inaugural Grid Iron Kings Bowl: and elected as NIKE COACH OF THE YEAR 2013’. Author in the “Winning is a Lifestyle” series; “The 48-Laws of Winning”, “The 7-Figure Side Hustle” & “Winning is a Lifestyle” www.WinningIsALifestyle.com. 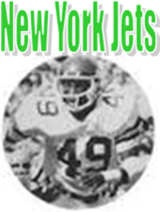